The Survivor ORG Hall of Fame is a special recognition given to ORG players with exemplary deeds such as strategic brilliance, immense popularity or infamy and/or their contributions to the Survivor ORG Wiki community. Every year a select few group of players are inducted into the ORG's Hall of Fame. They earn their spot through the legacy that they have built within the context of the ORG. Generally the people inducted play some of the best games on the ORG, are entertaining to watch, and have helped us become what it is today.

Note: Inductees are enumerated based on their order of announcement.

In 2013, ORG player Ckarimalis, an admin in the wiki, initiated a yearly poll on which Survivor contestants (from Survivor: Laos to the most recent season) deserve a spot in the Hall of Fame. How voters define "worthy" is in their discretion, whether it is personality, strategy, challenge performance or any other reason. Kalabang took over the Hall of Fame in 2014.

Ballots were filed on the Survivor ORG wiki page on Facebook. In the first batch of inductees, five contestants are inducted. However, inductees were limited to three for future incarnations. 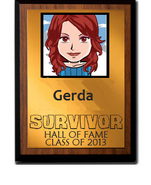 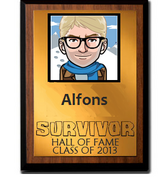 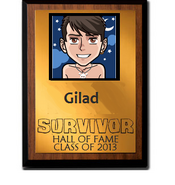 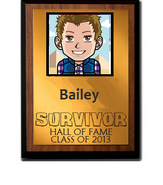 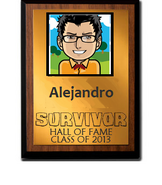 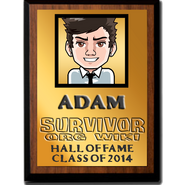 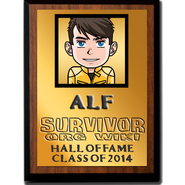 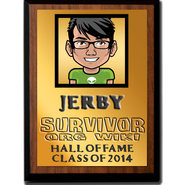 Starting in 2015, the poll was made biannual (with inductions being held in March and October). Wiki Admins' nominations now count twice, while those already in the Hall of Fame could nominate five people. Mitchell, Tyler, and Kevin were inducted.

In the biggest change, instead of a Facebook poll, voters would now privately disclose who they would like to nominate with one to two sentences rationalizing their choices.

In the March 2016 ballot, two contestants tied in nominations for the first time. A runoff ballot was introduced where, for twenty-four hours, members of the community would vote in a poll to decide who would earn the nomination. Sam, Dom, and Heather were inducted. 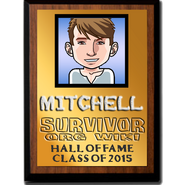 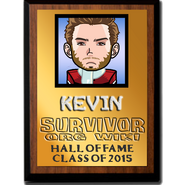 In the April 2017 ballot, ForeverTyC took over as the host of the HOF and the poll became annual once again, with this time the five people with the most votes were inducted.

On January 21st, 2019, XAllyx and Jakeisfake took over as the host of the HOF and the procedure followed the same format as last year. It was also announced that Tyler, Dom, Nick, Sora and Jamie would all be removed from the Hall Of Fame.

Community content is available under CC-BY-SA unless otherwise noted.
Advertisement